I have a confession. I’m addicted to searching stock photo sites. I find them hilariously

fascinating. My favorite thing is to search stock photos for intangible ideas. Like sarcasm. Some weird ass results come up for that one. My ABSOLUTE favorites are the model photos. This fine fella came up in my sarcasm search on dollarphotoclub.com (my go to for most the photos you see on my posts). I find that more suspicious than sarcastic, but to each his own.

Sarcasm also resulted in lots of people flipping the bird (just rude, not sarcastic), various phallic looking veggies with a table measure wrapped around / next to them (giant side eye to that one), and people just making weird-ass faces.

Another great find today was this sexy construction worker I stumbled across. I’ve known ladies that worked in construction, trust me, they do not show up to work like this…

Well, not always. I was reminded of this last week when I spent the day with my oldest friend. I have known Lisa since I was 6 months old. You could say we have quite the history together.

At the end of our day together, I felt energized and renewed. It was fun to reminisce about the past.

A big shout out to my good friend Lisa, who has always…

Vatican Letter to Muslims Re: Violence and Terrorism

The Vatican has published a message to Muslims on the occasion of Ramadan: “There is no life that is more precious than another”

“Christians and Muslims: Together to counter violence perpetrated in the name of religion”: this is the title of the message the Pontifical Council for Interreligious Dialogue sent to Muslims for the start of Ramadan. The wishes were sent by Cardinal Jean-Louis Tauran, President of the Pontifical Council and the secretary, Fr. Miguel Ángel Ayuso Guixot, “with Pope Francis”.

The Vatican underlined the gravity of the crimes committed against some ethnic and religious communities: “For some of you and also for others from other religious communities, the joy of the feast is shadowed by the memory of the dear ones who lost their life or goods, or suffered physically, mentally and even spiritually because of violence. Ethnic and religious communities in a number of countries of the world went through various and enormous unjust sufferings: killing of some of their members, destruction of their religious and cultural heritages, forced emigration from their homes and cities, molestation and raping of their women, enslavement of some of their members, trafficking of persons, commerce of organs, and even selling of cadavers!” “However, what makes them even more heinous” in the Vatican’s eyes, “is the attempt to justify them in the name of religion.”

“Violence and terrorism,” the text explains, “are first conceived in the mind of the deviated persons, thereafter perpetrated on the ground. All those are involved in the education of the youth and in the various educational spaces should teach the sacred character of life and the derived dignity of every person, regardless of his or her ethnicity, religion, culture, social position and political choice. There is no life that is more precious than another one because it belongs to a specific race or religion. Therefore, no one can kill. No one can kill in the name of God; this would be a double crime: against God and the very person.”

More needs to be done to raise awareness of these atrocities.

White religious leaders need to do more to fight racism.

One of my earliest memories is when I was around six-years-old and lived in Charleston, S.C., attending a wedding at Emanuel African Methodist Episcopal Church of a coworker of my father. What I remember most is asking a kid around my age who was the man in a painting on the wall. He told me that it was Jesus.

And now I live with a new memory. While in the Philadelphia Airport, having arrived there after a trip to Israel, and waiting to board a flight to my current home in Los Angeles, I went online and saw, to my infinite horror that there had been a massacre that day in the church of the wedding I attended as a child.

Of course, as always happens, the politicking began. The zealots for bad causes of both the left and the right immediately went to their usual rhetoric, shamelessly using the tragedy to advance their cause. While the issue of gun control came up, I am going to address the issues of race and religion that arose from the shooting.

Those on the right (especially at Fox News) had a knee-jerk reaction to it as another attack on Christianity, seeing in the massacre a parallel to the mass murder and persecution of Christians in other countries. The left saw it differently, noticing the obvious details of a white murderer of black people. The left’s view proved the more obviously correct as the evidence came in of a a deeply disturbed young man with nostalgia for days of segregation he never experienced, not only in our (meaning, my and his) native South Carolina, but in the apartheid of Rhodesia and South Africa, as well and twisted fantasies of a segregated dystopia, which despite the fervent wishes and evil violence of the shooter and his ilk.

The left was correct in asserting the racist nature of the killer, but very, very wrong when they then criticized commentators who called the killer insane. It is hard to imagine how anyone could look at the expressed views of Dylann Roof, his delusion that his murdering those who welcomed him into a Bible study group would launch a race war and think him sane. Indeed, it is eerily similar to the lunacy spewed over forty years earlier by another insane mass murderer, Charlie Manson.

Part of being an obsessive zealot on an issue is the inability to see what others, less blinded by single-minded devotion to a cause, can see. In this case, the zealots for bad causes of both the right and left have missed that it was at a historically black church where Roof chose to attack and kill those of a race he hated, felt himself superior to and wanted to see oppressed for the benefit of those and others of his same skin pigmentation.

While Roof was clearly insane, haunted by his demons far past the point of rational thought and not very intelligent, it is worth contemplating that he must have realized that the black church played a huge part in the Civil Rights Movement and has served as the backbone of the black community for years. Liberation Theology, the teaching and preaching of Christianity through a lens of action and amelioration for the struggles of the poor and the oppressed, while not invented by black preachers, reached its highest apex in their words and Rev. Dr. Martin Luther King, Jr.’s “I Have a Dream Speech” is the greatest oratory ever given by an American citizen. From Antebellum times on, racists have realized the strengthening and the support that the black church has provided the black community and have, therefore, attacked it.

That, sadly, many black preachers do not now preach liberation theology, but prosperity theology is a topic I will address in another entry.

From Foster Care To The Big Four: No Ordinary Liz’s Story

I truly believe that your life is already planned out for you before you are born.  Each of us are unique in our own way and we all have our own reasons as to why we are placed in each other’s lives strategically.  I’ve come to believe that people travel in and out of your lives for a certain reasons.  You may not know at the time, but there’s always a purpose for it.  PURPOSE…now there’s a word that was my shadow for years.  YEARS…I was questioning…WHO AM I?!?! 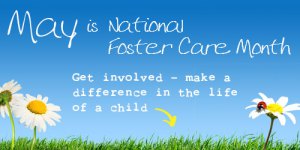 May is National Foster Care Month.  a month set aside to acknowledge foster parents, family members, volunteers, mentors, policymakers, child welfare professionals, and other members of the community who help children and youth in foster care find permanent homes and connections.  I really think it’s important that we take the time to THANK every…

Asylum (YA) by Madeleine Roux

No doubt about it, the cover is creepy. This was one of those books with a promising premise. It’s somewhat reminiscent of the wildly successful Miss Peregrine’s Home forPeculiar Children in its use of odd, black and white photos. But where that book was creative and different, this one fails to deliver. Don’t get me wrong- it’s not awful, it’s just not exceptional.

Sixteen year old, Dan spends part of the summer at a college prep program. His dorm is a former psychiatric facility. When things start to happen, the reader wonders if the school is haunted, Dan is going mad, or whether something else is going on. That part of the book works. Several murders and attacks ensue along with Dan becoming a possible suspect, but when a few too many co-incidents occur, the action starts to feel campy. In the end, the storyline is partially resolved but…

Teenage Compassion – What Goes Around Comes Around

What a beautiful and touching story of giving. 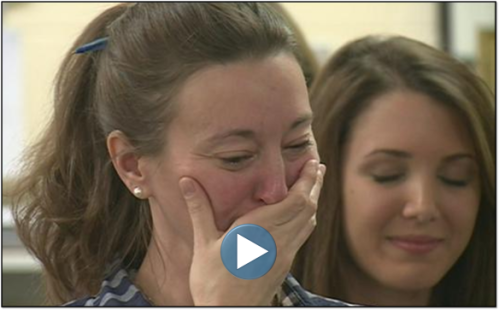